Founded by the Romans in the II century B.C. as the Forum Livii at the crossroads of Via Consolare with the road that led to Tuscany, the city is located in the eastern part of the Po Valley along the Via Emilia, a few kilometers from the seaside resorts of the Adriatic coast (30-35 km) and at the foot of the green hills of the Tuscan-Romagna Apennines.

To this day, Forlì still has significant traces of the Romanesque and the Renaissance times, when Caterina Sforza ruled the city unopposed. The region also retains a notable presence of the rich heritage of the age of Rationalism from the Twenties and Thirties.

It is therefore a city of art; it also has a major university with prestigious faculties, a center dedicated to the creativity of young people where they can explore the frontiers of high technology applied to contemporary art.

In the historic center, two main roads of Roman origin are still recognizable, divided into four main streets: Mazzini, Garibaldi, Diaz and della Repubblica, which converge on the Piazza A. Saffi. Some of the most emblematic buildings of different eras are found there: 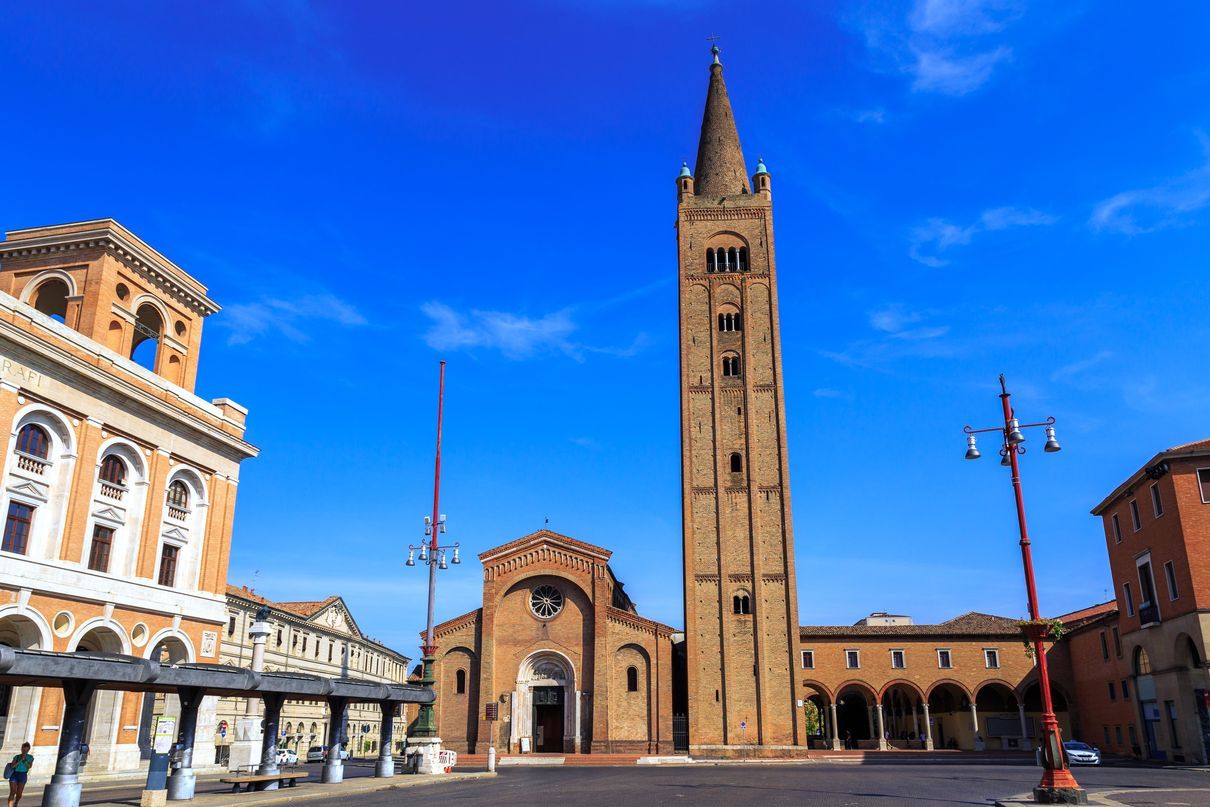 The city was under the domain of the Ordelaffi family for about two centuries, during which Forlì was enriched with noble palaces that can be admired while walking along the streets of the city center, in particular Corso Garibaldi and Via P. Maroncelli. Pino Ordelaffi III is responsible for the fortification of the Fortress of Ravaldino (completed in 1480, now named after Caterina Sforza).

Also noteworthy is the Baroque architecture of two prestigious monuments, which were recently restored: the Church of the Suffragio as you enter Piazza Saffi, and not far away, the Church of San Filippo Neri, on Via G. Saffi.

Forlì is a destination that can be visited all year round. During the summer, in particular with the "Arena San Domenico" festival, a real summer theater is set up in the picturesque setting of the second cloister of the museum complex, which hosts a rich program of events including shows, musical events, cabaret and book presentations.

Just a short distance from Piazza Saffi main square, it is worth spending some hours at "Franco Agosto" City Park, a unique green area in Italy - in part due to its position in the urban fabric next to the old city walls - for its botanical variety and for its size. The park covers a large surface, bordered by the Montone River and the green area belonging to the City Hospital (Pierantoni). It is perfectly equipped for any requirement: restaurants, bars, children's play areas, sporting facilities, refreshment spots, entertainment and leisure opportunities round out the offerings of the park. 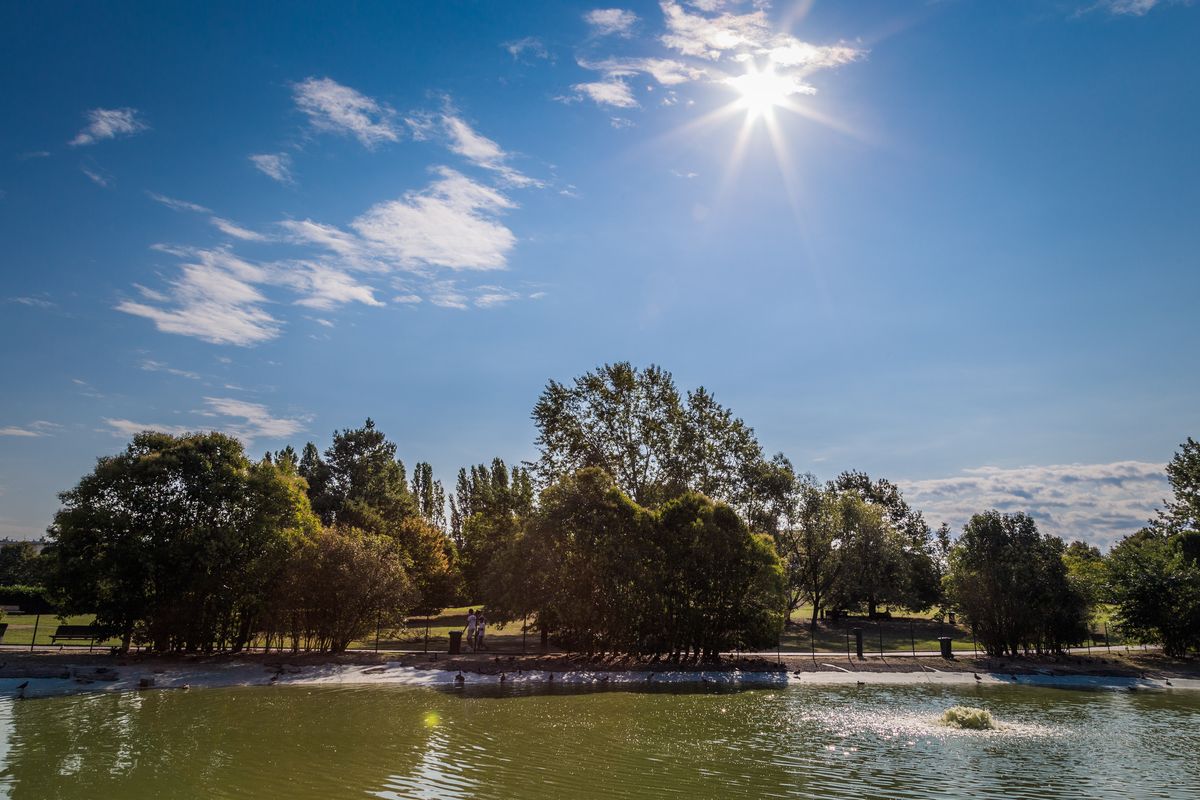 Certainly worth a visit is the museum complex of San Domenico, in the heart of the historic center. Site of the oldest section of the Picture Gallery, it is a catalyst for visitors thanks to the prestigious exhibitions held in recent years, from Palmezzano to Silvestro Lega, G. Cagnacci and Canova. The complex is the home of the famous Hebe by Canova. 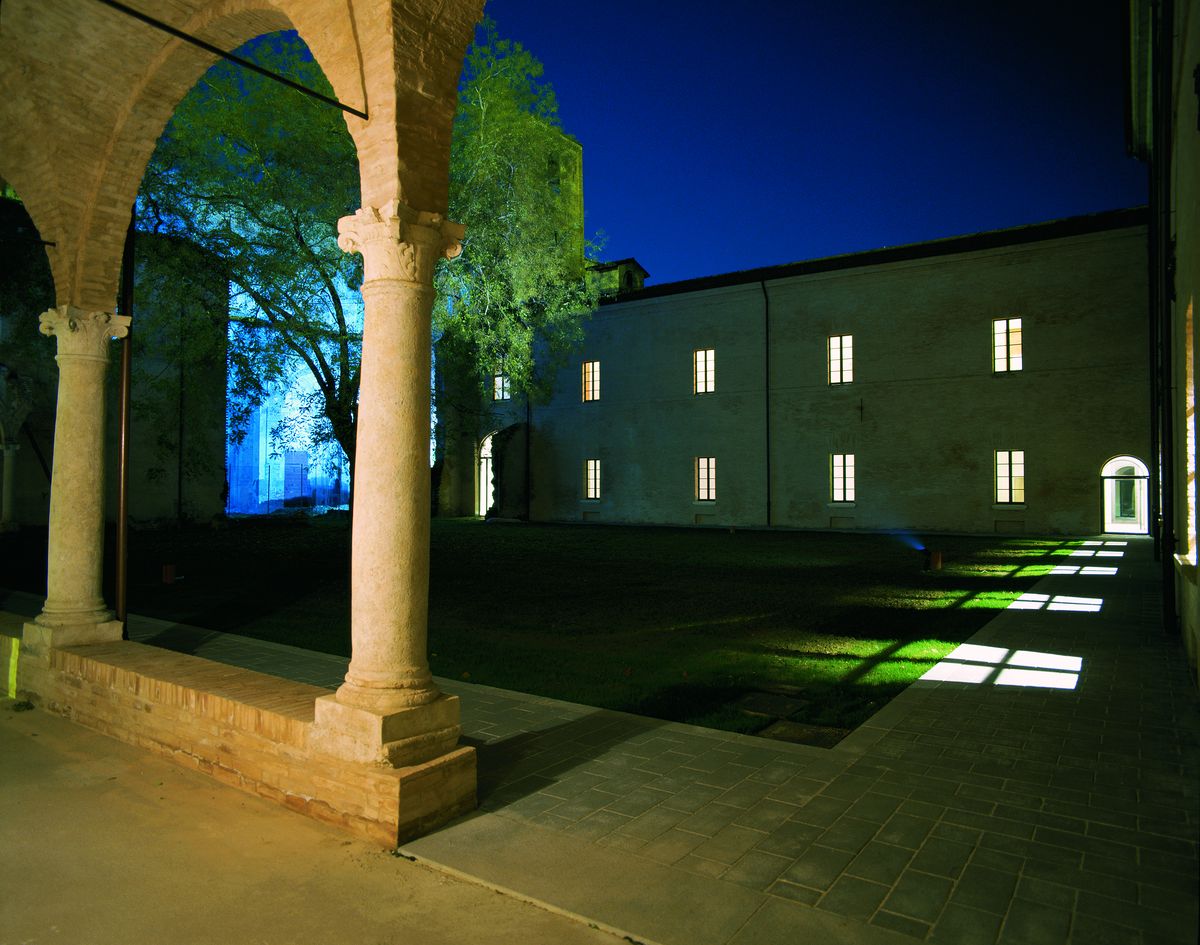 Near to the San Domenico Museum there is Palazzo Romagnoli, another Civic Museum, that hosts a permanent exhibition about "il Novecento" (the 1900s), divided in 4 parts: Collezione Verzocchi, Wildt, Morandi and La Grande Romagna.

A symbol of Forlì is passatelli, a type of noodle cooked in broth. How can you turn down a traditional piping hot piadina, in the local shops? Although good with any filling, it is usually eaten with squacquerone, a soft cheese typical of the area, ricotta and salami, and always accompanied by rich Sangiovese wine. To enjoy the culture and the local produce, just follow the Road of Wines and Flavors of the hills of Forlì and Cesena.

In the nearby town of Fratta Terme (14 km) is Around Adventures, which offers fantastic adventure routes and aerial routes, with pathways between the trees at varying heights made using ropes, nets, walkways, cableways, bridges and thousands of opportunities to spend the day immersed in nature. All this with maximum safety!

For those who like to take care of their body, there are thermal baths just before Fratta Terme (14 km), at the foot of Bertinoro (recently opened after the restoration of the Grand Hotel that houses them), and in Castrocaro Terme (approximately 10 km from Forlì).

A typical example of a Medieval citadel, Bertinoro (10 Km) overlooks a scenic landscape with a view that extends to the sea. It is known as the “City of Hospitality” with its tradition of the twelve rings column, each corresponding to one of the oldest families, assigned to accommodate strangers who would tie up their horse upon arrival.

Along the valley of the Rabbi is Predappio (16 km), surrounded by vineyards that produce Sangiovese Doc. Expanded between the Twenties and Forties of the 20th century, it presents itself as a veritable "museum city", an original witness to the urban and architectural styles of the age of Rationalism.

Along Via Emilia, there is Forlimpopoli, the hometown of Pellegrino Artusi, the undisputed father of Italian cuisine: a place to be enjoyed with gusto through its history, its culture, its traditions. Founded by the Romans in the 2nd century BC, inside the fourteenth century fortress the small but prestigious MAF, the Archaeological Museum of Forlimpopoli, is housed.