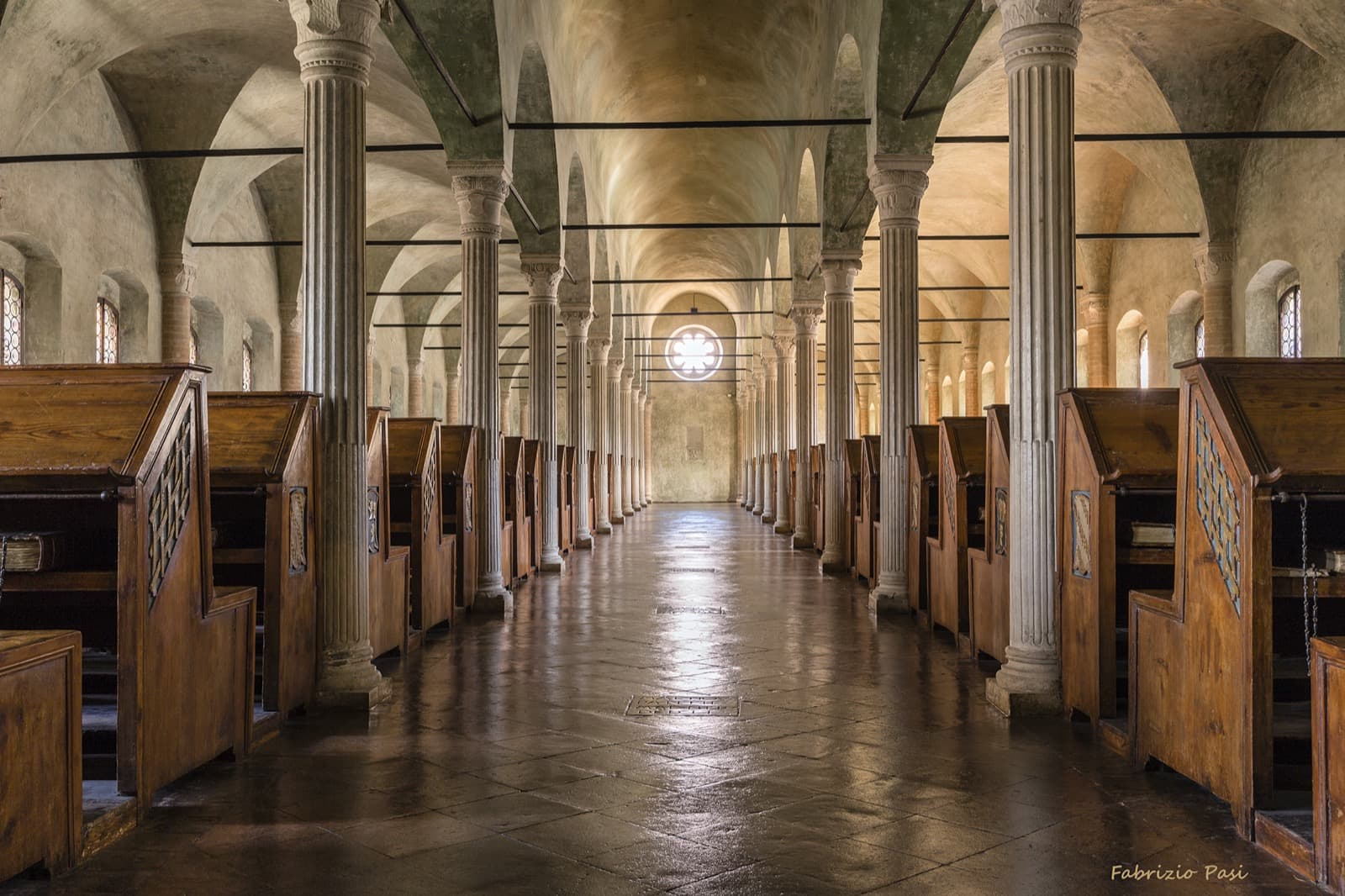 With its parade of green hills, adorned with vineyards and orchards, and halfway between the blue waters of the Adriatic and the greenery of nature, Cesena lies in the heart of Emilia-Romagna on the mid-point of the historic Via Emilia.

Known in the past as the “City of the Three Popes”, today Cesena is a very lively city enriched with a wealth of impressive cultural and historical sites.

Under the government of the Malatestas (1378-1465 AD) Cesena experienced a period of grandeur. It was the latter who designed the present town with its characteristic scorpion shape, whose walls are still preserved today, along with four of the six old gateways (Porta Santi, Porta Fiume, one of the two Portacce and Porta Montanara).

During their lordship, the splendid Piazza del Popolo was built, but above all they were responsible for the reconstruction of the Rocca Malatestiana, a fortress that dominates the entire city from the top of Garampo Hill, affirming its status as one of the best-preserved fortifications in all of Romagna.

Arguably, the golden age of the city occurred under the regency of Malatesta Novello, the enlightened prince who died in 1465. He was responsible for the creation of the Malatestiana Library, the greatest gift left to Cesena, which has come down to us completely intact, from the wooden reading room to the original entrance portal.

The oldest library in Italy, it is even considered by some as the most beautiful in the world, and it is the only library to have been classified as a UNESCO World Heritage site.

No less impressive, however, is the thousand-year-old Benedictine Abbey of Santa Maria del Monte which, from the Spaziano Hill, has overlooked the city since the year 1000 AD: a true centre of culture under the Malatestas, especially renowned for its collection of ex-votos, which is one of the largest in Europe, for the imposing dome painted by Giuseppe Milani and for its workshop for the restoration of antique books, which is still in operation today.