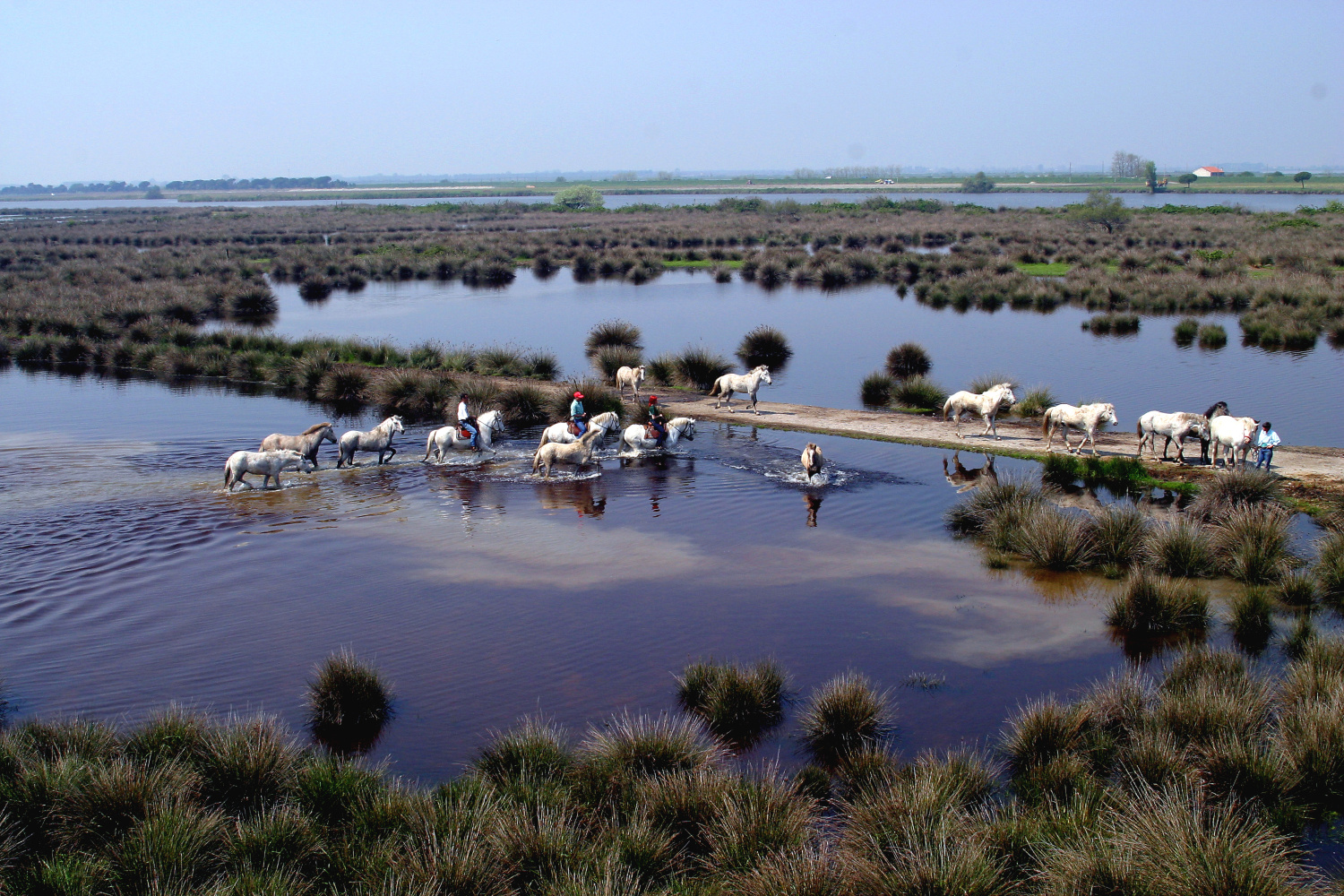 This is one of the most important wetland areas of Europe and the largest in Italy. It boasts great biodiversity, making it a haven for naturalists, biologists, tourists and birdwatchers.

The park is organised into 6 territorial environments, known as “stations”, and always offers a spectacle to those who chose to visit it, even just once.

The Po Delta in the Ferrara area

From the River Po to the valleys of Comacchio, this is the landscape that presents itself to those who visit the Ferrarese part of the delta.

The possible itineraries are endless and the amazement that accompanies them, indescribable. The same amazement as you will feel when you come across the monumental Pomposa Abbey or in one of the many Delizie Estensi (such as the Belriguardo at Voghiera, Del Verginese at Portomaggiore and Mesola Castle), traces of the splendour of the past that was in perfect balance between nature, harmony and beauty.

Po Delta Park is also home to the Argenta Eco-Museum, which is made up of three different sections; the Museum of the Valleys of Argenta, the Reclamation Museum and the Municipal Museum.

The Po Delta in the Ravenna area

The Ravenna part of the park leads to the south of the valleys of Comacchio, and from here opens up, with pinewoods and “piallasse” [flat area of plains, valleys and lagoons in the area around Ravenna], to fascinating natural areas and sites of cultural interest, such as the Basilica of Sant’Apollinare in Classe, a UNESCO monument since 1996. There are silent valleys stretching out to the sea where specimens of vegetation grow and rare species of fauna reside, the Boscoforte and Punte Alberete oases, the ancient pine forests of San Vitale and Classe, which were praised by Dante and Boccaccio and, finally, further down, you come to the ancient Salt Pans of Cervia, a favourite place for flocks of pink flamingos.

The thrill of birdwatching

Fragrances, colours and flavours: birdwatching is the most thrilling way to make contact with the nature of the Po Delta Park, which is so varied and so alive it lingers long in the memory of any visitor. Po Delta Park extends for 54,000 hectares, in 9 different municipalities in the Provinces of Ferrara and Ravenna. The environments that comprise it are very varied and range from the remains of sand dunes along some coastal stretches, to the green expanse of Mesola Wood, from the fascinating nature trails along its rivers to the ancient pine forests, from the never-ending expanses of brackish waters in the Valleys of Comacchio and Sacca di Goro to the freshwater valleys of Argenta and Ostellato, areas where numerous species of birds find food and shelter.

Mesola Wood Nature Reserve, which covers a total area of 1,058 hectares, is one of the last and best-preserved remains of a flatland wood, the legacy of the ancient forests that could be found all along the Adriatic coast until just a few centuries ago. Mesola Wood is a nature reserve where it is possible to observe the last remaining specimen of the autochthonous and protected dune deer: it is not unusual to hear the deer bellowing, which often turns into an unforgettable concert.

The Valleys of Comacchio, where nature embraces man

Comacchio and its valleys share an intense and fascinating bond that nobody can escape: what remains of a complex of almost 11,000 hectares, gradually reduced following reclamation, and areas of brackish water dedicated to fishing, into which saltwater from the sea or freshwater from the river flow. Boscoforte Peninsula pushes out into the Valleys of Comacchio from the left bank of the River Reno and thanks to the presence of both freshwater and brackish water, it features very diverse natural environments. Its inhabitants include wild Delta/Camargue horses and numerous species of birds. In fact, thanks to its prime location and structural characteristics, Boscoforte attracts rich and varied birdlife. 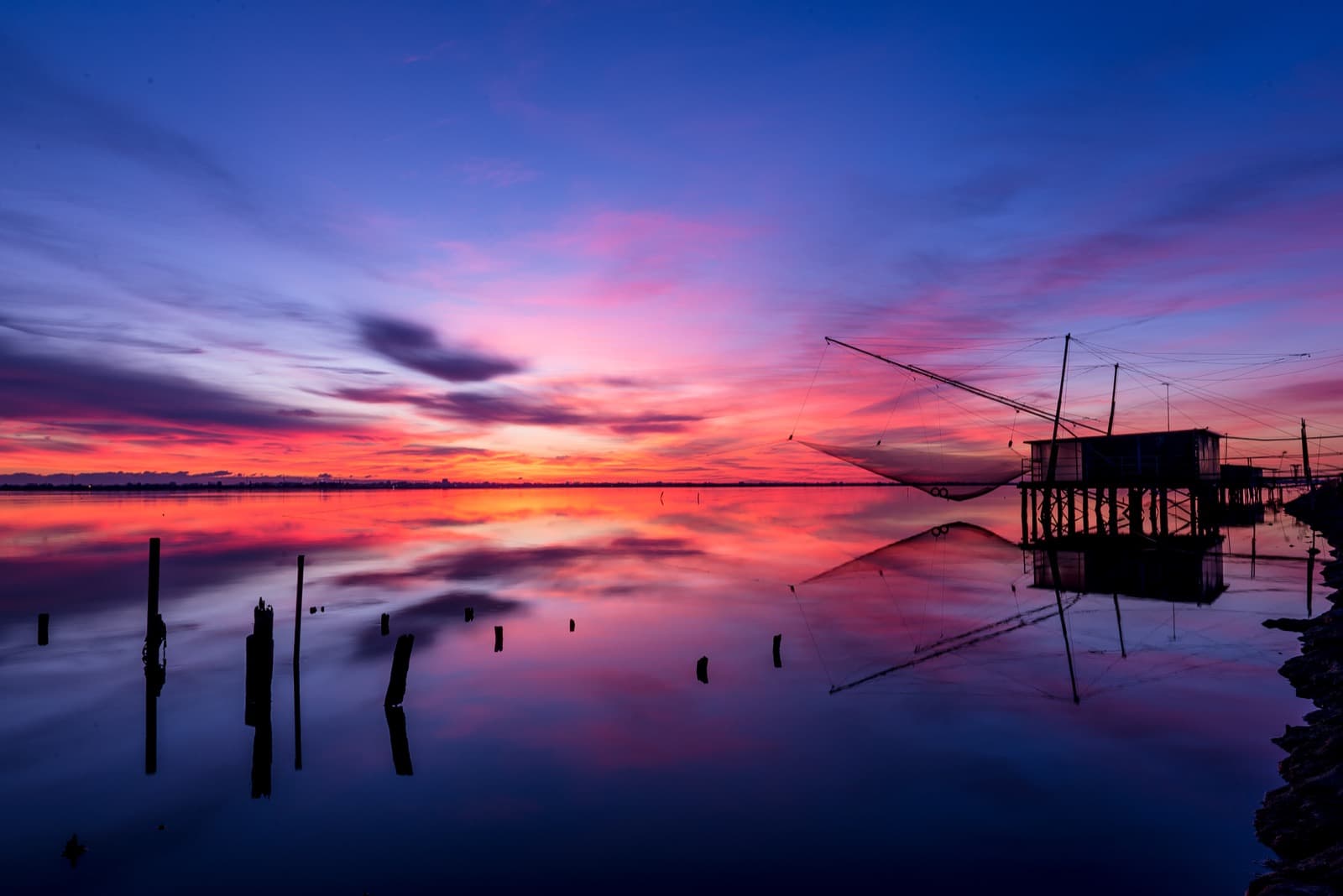